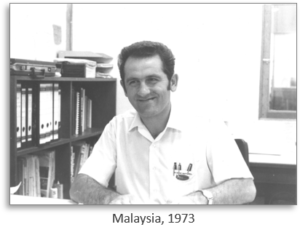 Emigrating from Germany as a young man, Adam started his career with Goodyear as a machinist in 1956. Over the next 35 years, he managed new plant constructions and capital expansions all over the globe, including Germany, Greece, Thailand, Luxembourg, Zaire, Malaysia, Mexico, Turkey, Canada, and the USA. Upon his retirement from Goodyear in 1991, Adam founded AB Consulting, Inc. Building on an already impressive career, he continued to manage capital expansions while recruiting other experienced engineers to work on worldwide projects. With an impressive total of 63 years of experience in the tire industry, Adam's legacy continues to this day. He and his wife Ann transferred ownership of AB Consulting, Inc. to David and Luz Beaty in March of 2019, and have been very instrumental in ensuring a smooth transition. 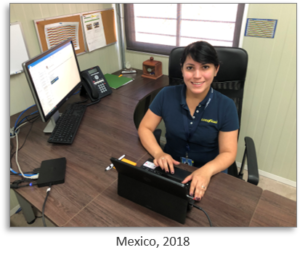 Luz is an industrial engineer from Univalle Colombia, with over 10 years of international experience in production, project implementation, continuous improvement, and SAP.  She started in 2008 as a production planner for Goodyear Colombia.  She became an SAP functional consultant in 2011, implementing production, quality and maintenance modules for clients in Colombia and Chile. Starting in 2013 she worked for Goodyear Chile, implementing manufacturing systems for the Production Control and Quality departments.  At the end of 2014, Luz moved to Akron, Ohio to begin preparations for the new plant in SLP, Mexico. She was instrumental in the planning and start-up of the new plant, serving as Project Coordinator, Training Coordinator, and leading the implementation of floor-level manufacturing systems. Luz is a Certified Associate in Project Management and a member of National Minority Supplier Development Council (NMSDC) and the National Women Business Owners Corporation (NWBOC). 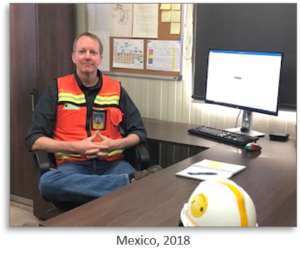 Upon graduating as a mechanical engineer from Virginia Tech, Dave started his career with Goodyear in St. Marys, Ohio in 1989. Over the next 29 years, he worked in nine different Goodyear facilities, garnering extensive experience and knowledge of rubber-processing equipment, facilities, processes, and project execution and management. Dave obtained his Professional Engineer's license in 1999 and his PMP certification in 2015. He met his wife Luz in 2013 while managing a major capital expansion of the plant in Santiago, Chile. Most recently, he managed the construction of a new tire plant in San Luis Potosi, Mexico. Dave understands the needs of his customers, applying nearly three decades of project experience to recruit and mentor highly-qualified field technical personnel who are best-suited for the task at hand.

Our team is happy and ready to answer your questions.

By filling out forms on www.abgssi.com you are agreeing to our Terms & Privacy Policies, and to receiving ABGSSI email communications.

Are you an active or retired engineer or technician with solid manufacturing experience?  Do you desire the flexibility that comes from working on a freelance basis?  Are you available to travel?   If so, we´d love to hear from you! Let’s ConnectEmail Us Consultants – Freelance Engineers Our industrial clients need […]

What we can do for you
Let our professionals supervise or manage your next project!